I’m just a girl, I don’t understand the economy 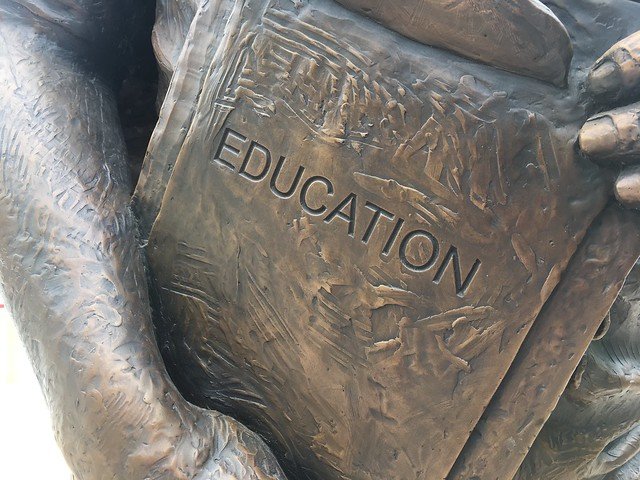 “A little learning is a dangerous thing”

wrote Alexander Pope over 200 years ago, a sentiment that will undoubtedly continue to ring true for the next two hundred years and beyond. To Pope’s astute aphorism, you could add that no learning at all is completely perilous, particularly where money matters are concerned.

A recent article on The Pool caught our attention because it focused on this very subject. In response to the Chancellor’s Autumn Statement, Marisa Bate ponders the question “why don’t I know more about the economy” from her position as someone who has a very basic awareness of economics but no real understanding of the subject.

The lines that most caught our attention were these:

“Why is the economy, the single strain that runs through all areas of our lives and our society, seemingly such a mystery to so many?

I can imagine how this might be interpreted. “I’m just a girl, I don’t understand the economy.” This is not a hair-twirling silliness that comes from the belief that the economy doesn’t concern me or my gender. It is precisely because of how absolutely and completely the economy concerns me, and all of us, that I’m starting to wonder when this gap in knowledge began.”

The author goes on to look at the number of girls who study economics and asks if this is, in part, a reason for that knowledge gap. I’m sure that it doesn’t help but, for us, the issue of financial illiteracy goes much deeper than a lack of students taking up any one subject – it stems from a more general lack of skills development in this area.

As we’ve pointed out in previous blogs, you can’t treat financial education as a series of abstract concepts, at least, not if you want them to have any relevance to the lives of your students. Such matters need to be placed in context, so that young people can see the connection to their own lives and the decisions they make (or, through ignorance, fail to make).

When we published our report, The Frustration of Aspiration, which looked at the challenges facing young school leavers in the post-financial crisis economy, we received considerable media attention and were featured on numerous radio and TV stations. One interview that really stuck with us featured vox pops with three jobless young people in Corby, who were asked about the difficulties of life in their local area.

The last of these was 17 year old Debbie, who had been unemployed for a year since leaving school. Unlike the previous two interviewees who were keen to find work, Debbie sounded disinterested and apathetic towards finding a job. Although her life wasn’t particularly fulfilling, she was stuck in a rut and acknowledged the fact that she needed to do more to find work. After all, she said, she wanted to have money to go out at the weekend.

For us, this was something to be seized upon. Debbie is likely to be among the many people Marisa Bate refers to who don’t understand economics and who paid no attention to the Autumn Statement whatsoever, largely because the Chancellor talking about Working Tax Credits doesn’t appear to have any relevance to an unemployed young adult.

But if you recognise that, while this Corby teenager shows no interest in building a career, she does have an interest in acquiring money, then you have the first, vital piece of information you need to connect with her.

Decisions about finance and employment are something each individual should make for themselves, based upon their own set of circumstances, but in order to do that they need first to acquire the relevant knowledge and skills that will enable them to make informed choices.

If we want to help them gain those skills, we need to engage with young people on their terms. By far the best way to do this is to make them see how these matters impact upon them directly and to use examples borne of their own life experiences.

Debbie’s desire to have fun with her friends at the weekend is a perfect example.

Marisa Bate concludes her article with the suggestion that maybe we should have mandatory A-Level classes in understanding the economy and finance, what you might call an A-Level in Life. While that’s an admirable proposition, the process really needs to start much earlier in secondary school and it shouldn’t be assessed by a written exam – it needs to be based upon an ongoing process of skills development and assessment.

After all, if we want to create resilient, informed young people with the drive to take control of their own lives, how do you tell those who would struggle with a written exam on the subject that, before they’ve even left education, they’ve failed at Life?